Lydia Goldblatt’s current series is entitled Instar, a scientific term that describes biological states of change, a metamorphosis between shedding and growing.

Referencing primal, revelatory changes of love and loss, her work explores these experiences as speaking to the enduring nature of being human, and as fundamentally creative states – about evolution, awareness, the creation and letting go of embodied form. It suggests their often intangible, almost abstract nature, charting an invisible psychological and emotional terrain; as much about the unknown as about the known.

Drawing on such experiences of change, her work connects creativity, decay and regeneration. She makes fluid and sensuous links between the cosmic and the everyday, the body and nature. Taking the idea that any creative (and indeed photographic) act or transformation harnesses both the real and the imagination, she uses observation, construction and abstraction to establish a visual terrain between the cognitive and objective world.

Carbon, the basic building block of all life, appears in various forms, connecting the natural and the man-made. It functions as a metaphor for the natural cycles of creation and, through the use of carbon graphite (the artist’s pencil), a metaphor for the creative process itself. A play between object and image emerges as subjects spill out of the photographs into physical space as sculptures. Scale and three-dimensionality reference the flux and corporeality of her subject matter.

The series thrives through the visual and symbolic connections it makes, with subjects from the natural world, the human body and the history of photography linked together in combinations that deeply enhance the meaning of each. 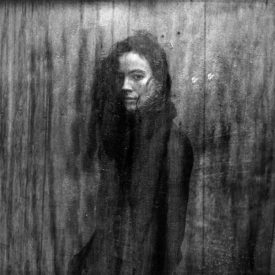