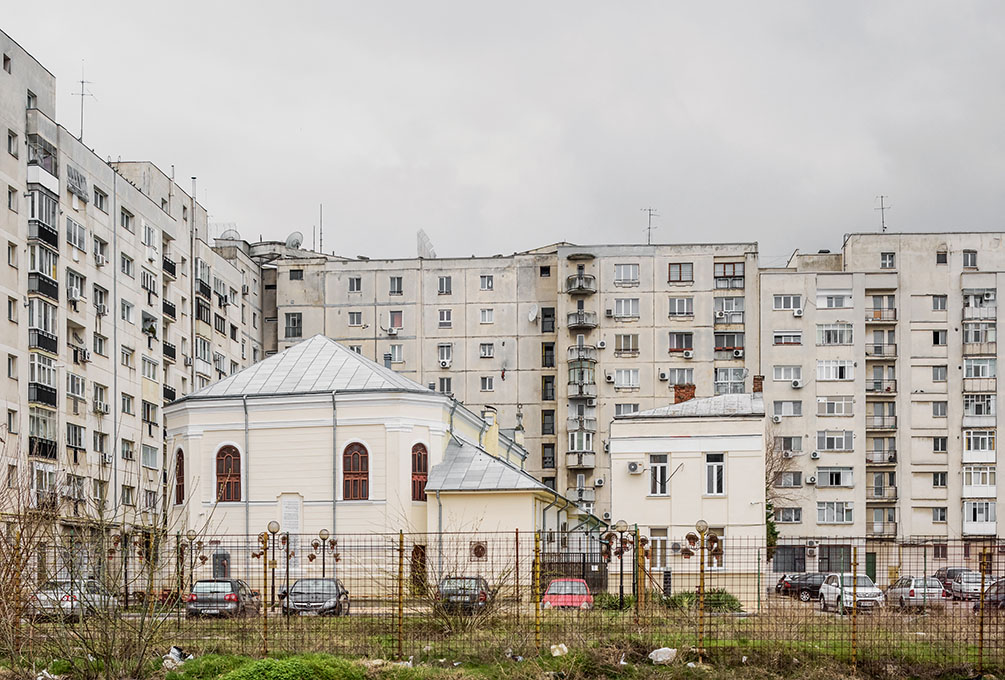 During the 1980s, the general secretary of the Romanian Communist Party, Nicolae Ceaușescu imposed a large scale re-development of Bucharest – demolishing over one third of the historic city centre to make way for new heroic buildings and wide avenues befitting his ambition to be recognised as the emperor of Romania.

As a secular dictator, Ceaușescu included the wholescale erasing of all religious buildings that impeded his grand architectural scheme. Yet even under this totalitarian and oppressive rule, seven churches were spared in a process that is as incredible as it is surreal.

The seven sacred buildings were lifted, placed on rails, transported and hidden behind housing blocks while several other buildings, such as the Polish Synagogue, were masked by socialist panel buildings. Withdrawn from the public cityscape they were saved from the wrecking ball.

In his series Mobile Churches Laub combines contemporary photographs with archival material to reveal this less well known, yet dramatic, urban and political story of Romania. 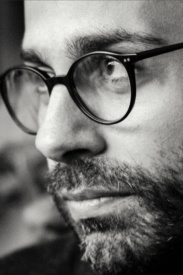