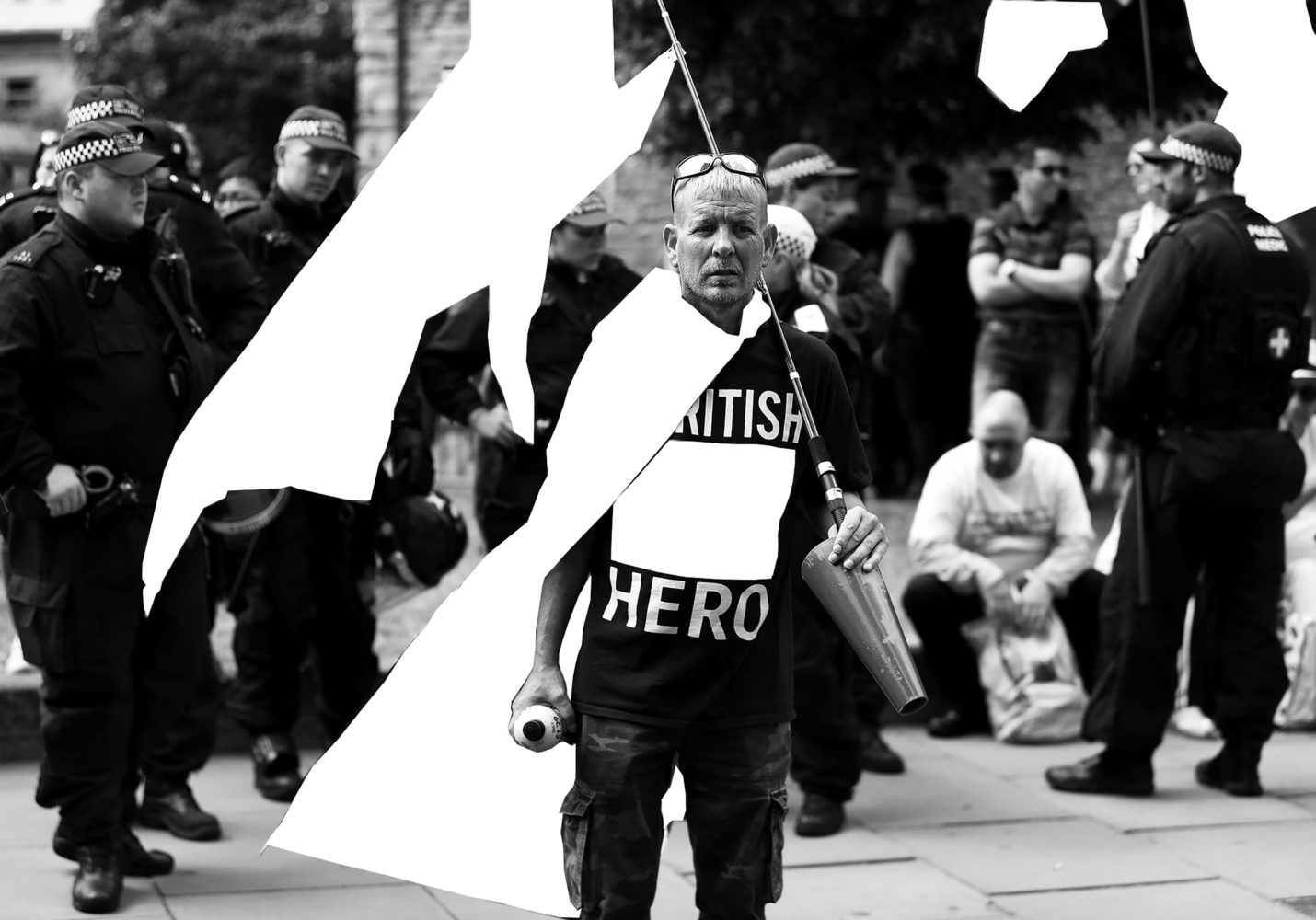 After the January 6, 2021, insurgency at the US Capitol, the function of ﬂags in resurgent farright white supremacist politics needs no introduction.

Massed ranks of ﬂags could be seen as the march proceeded from outside the White House to the Capitol. Mysteriously, few police were in attendance, so fences were easily breached. When the insurgents reached the building, the metal and wood ﬂagpoles that they had used were converted into weapons.

In a signature moment, one insurgent repeatedly beat a police with the US ﬂag. Think for a second had a Black Lives Matter or Occupy Wall Street protestor done the same. But it would have been impossible because police never allow left protestors to carry wood or metal poles. Even cardboard gets conﬁscated by the NYPD.

Newspapers rushed to provide a concordance to the far-right ﬂags from the 4Chan fantasy country Kekistan; to the pro-police state “Back The Blue”; and all the various far-right factions. No More Flags do better by deleting the ﬂags altogether and refusing to enter into the paranoid world of inﬁnite connection. For the conspiracy minded, “do your research” is the guiding mantra. It means that if you can ﬁnd anything at all on the Internet that conﬁrms your views, you’re right.

As with racism in general, it is futile to detail all the intricacies because the force of the ﬂags is their assemblage. Unlike a crafted trade union banner, these ﬂags are commercially made and are part of the far-right “merch” (merchandise) market. Many such ﬂags skirt the moral prohibition on the Nazi swastika ﬂag, for example, either by going close to it visually or by using other Third Reich ﬂags that are less well-known.

No More Flags work instead in relation to the tactic that African American scholar Christina Sharpe has called “Black redaction.” This redaction involves the use of visual and verbal editing to create an “ethics of seeing.” In her essential book In the Wake: On Blackness and Being, Sharpe redacts all but the eyes of the enslaved women Delia and Drana, photographed by J.T. Zealey for racist Harvard professor Louis Agassiz in 1850, in order “to focus on their individual and collective looks out and past the white people who claimed power over them.”

The redaction done by No More Flags must take care and centre care. It must take care not to reproduce the power that whiteness claims. By deleting the ﬂags, No More Flags redact the symbolic branding of white supremacy. It makes those persons identifying or identiﬁed as white take care when they physically and visibly encounter the resulting banners to engage instead with the claim to power from a speciﬁc set of bodies.

These bodies claim to be “America,” or “England” or any colonial place whatever, redacting all other bodies, whether Indigenous, Black, brown, Jewish, immigrant and even what they consider to be subordinate varietals of white. It creates a hostile visual environment, to adapt the nasty supremacist phrase of then-Home Secretary Theresa May.

The original ﬂags perform the white supremacist redaction of other bodies and abstract the violence of that process into a symbol. To delete those symbols is to confront what whiteness does. To redact their redaction is a tactic, not an end in itself. It aims to undo the detachment that characterizes seeing while white. To that end, No More Flags’ redactions are blunt, deliberately visible, far from the seamless Photoshop edit of mainstream photography.

No More Flags is not “art,” if art is the production of beauty or the display of craft in a speciﬁc commodity form. It is visual activism, meaning here the active eﬀort to make what whiteness does visible and to show how another (visual) world is not just possible but necessary. 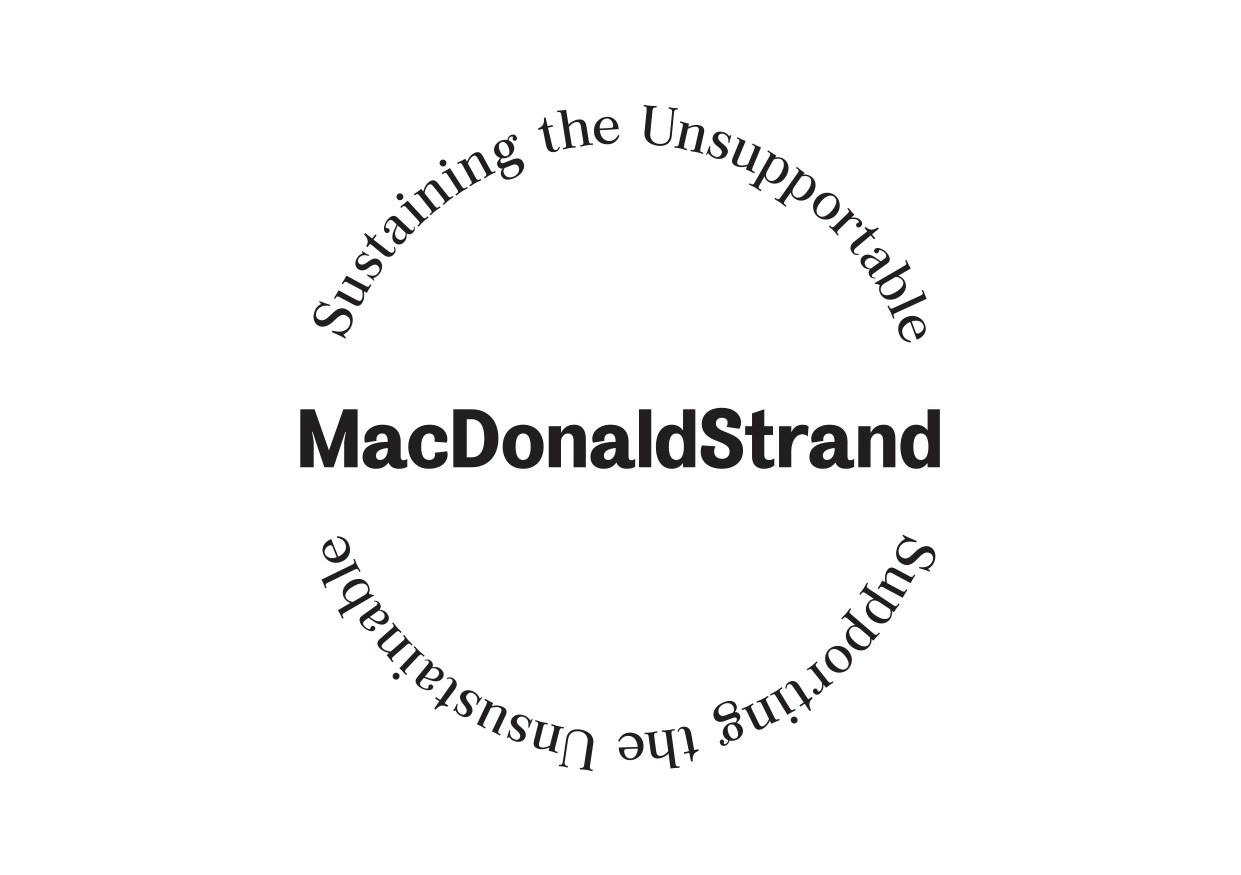