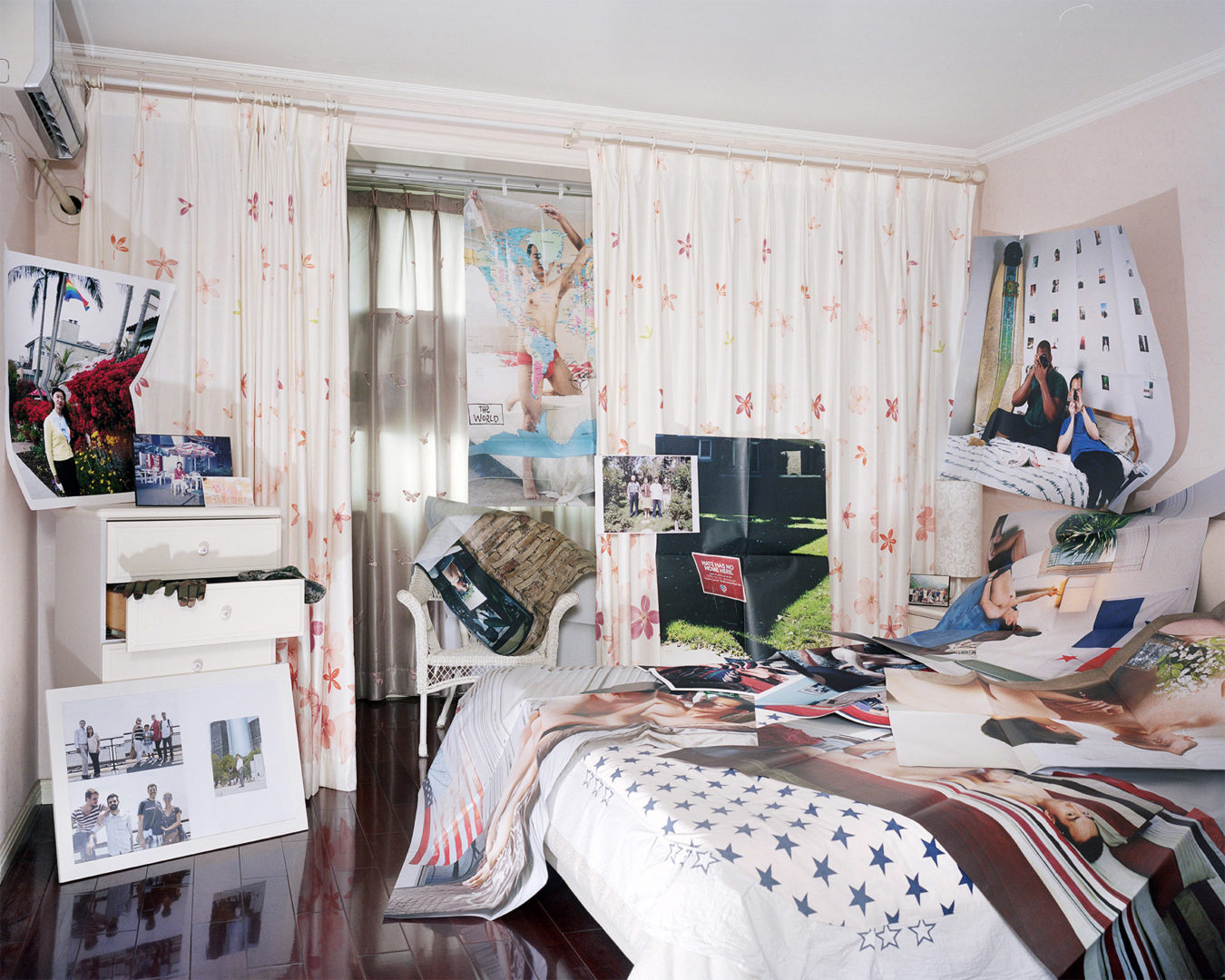 In Temporarily Censored Home, Guanyu Xu secretly placed photographs in his parent’s home in Beijing to ‘queer’ his parents’ heterosexual space. Using photographs he had taken of himself and gay men from his project One Land to Another; photographs of landscape and the built environment taken in America, Europe, and China; torn pages from film and fashion magazines he had collected as a teenager and images from his family albums, Xu made elaborate installations in the house creating a temporary space of freedom and protest.

The queering process was hidden from his parents as Xu removed all the evidence of his art before they returned home from work. His mother’s floral interior design and father’s extremely organised space were reinstated with their heterosexual identity.

This intervention into his parent’s home, a place Xu had lived as a closeted gay teenager confronted the discrimination he felt both in China and his new home of America. Even in this world of globalization his free expression of sexuality remains compromised by the imperialism of American and the patriarchy of China that still dominate the individual.