In the middle of the nineteenth century, during the colonial period when the tea plantation started in the Sylhet region of Bangladesh, a larger part of the plantation was occupied by the British merchants.

People from different parts of greater India including Bihar, Odisha, Andhra Pradesh and Uttar Pradesh, were brought as workers to the tea garden. Today in Bangladesh there are nearly 167 tea plantations and about 4,40,843 workers and family members in Bangladesh.

These workers have different lifestyles, language and culture. Even after centuries of hardships and domination, they still couldn’t afford to own a piece of land for themselves. No one can save money from their earnings or move to start living in mainstream society.

Their lives are tied in a cycle of earning daily wages which is equal to 1.42 USD. Still today even after ages, the plantation workers are living in the small mud houses in the middle of the tea garden. They are also deprived of safe water, sanitation, medical care, nutritious food, education, above all self-improvement.

According to the Tree Plantation Labor Ordinance of 1986 and the Plantation Rules of 1986, it is the responsibility of the garden authorities to ensure the health care of the workers. But out of 167 gardens in the country, there is just 1 MBBS doctor in only 6 of them.

The ILO says among the workers 72% suffer from abdominal pain, 74% from headaches and 64% from muscle aches. Most of the workers suffer from anemia. About 91% of women workers were harassed by their bosses.

Tea workers started protesting anout the inhuman working conditions and abuse by the tea planters. On May 20, 1921, thousands of tea workers set off for their homeland leaving their workplaces, with the slogan of ‘Mulluk Cholo’ meaning ‘return to homeland’.

As the protest march reached Meghna ghat in Chandpur, police opened fire, killing many workers. As the rest of the protesters fled, they were caught, tortured and sent back to work. They never got back home. 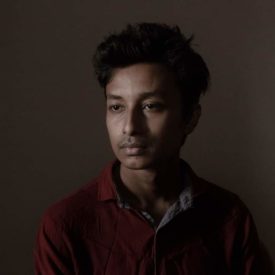