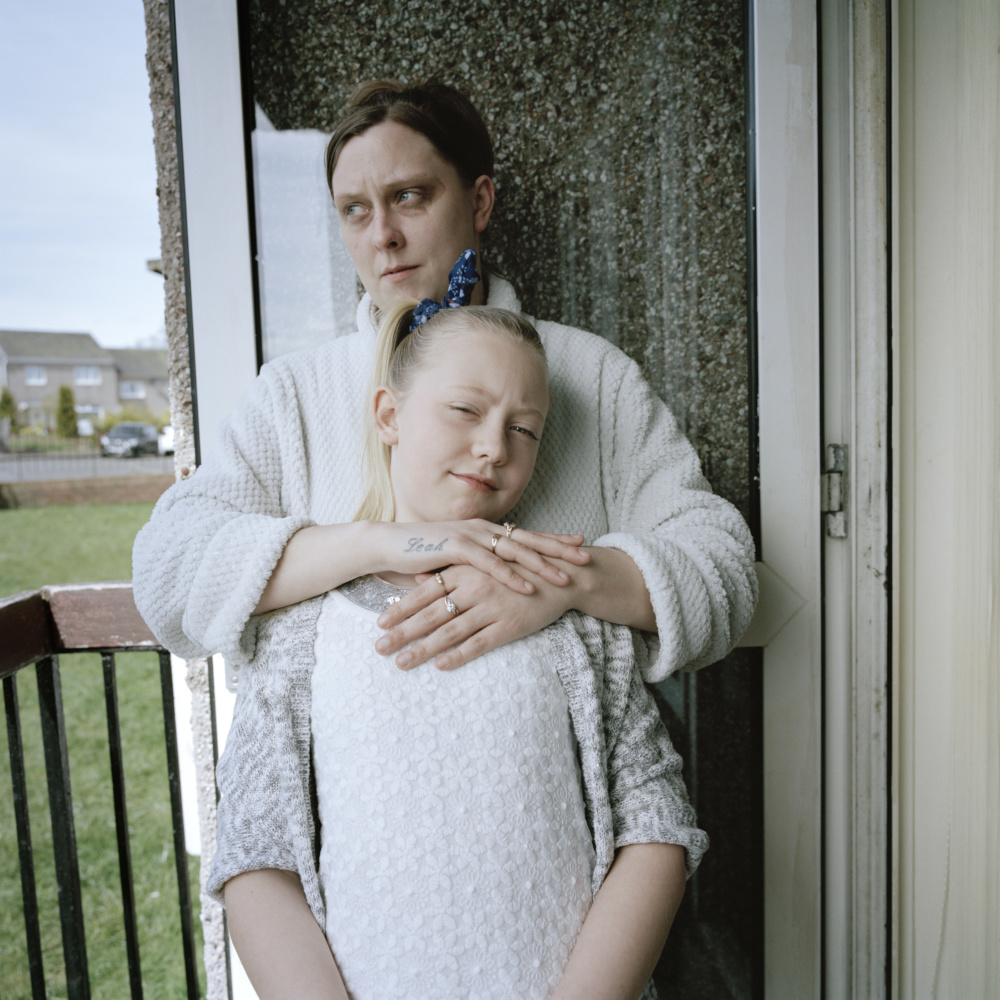 PhotoForum is a series of inspirational talks about the world of photography.

Documentary photographer Margaret Mitchell will be talking about her two formative projects, Family, 1994 and In This Place 2016/17, which were recently exhibited at FORMAT19.

These projects are connected not just in subject matter through the documentation of Mitchell’s own family, but also in the passing of time. Looking over the span of 22 years between each series, Mitchell asks what changes and similarities have passed between these generations of one family.

Family features the daily lives of Mitchell’s late sister and her three children as they navigated their way through difficult emotional and socio-economic circumstances in their hometown in Scotland. Family is about childhood in a complex and sometimes imperfect domestic sphere. It presents an internal dynamic where multiple influences are seeping slowly into the children’s idea of self, contributing and shaping who they are to become.

In This Place updates the lives of the three children as they move into adulthood, now with their own families. Covering both personal and social geography, the series asks questions about the choices we have in life and if they are ultimately predetermined by upbringing, locality and socio-economic position.

This is story of love, loss and endurance with social inequality at its heart.

Mitchell is a documentary and portrait photographer who lives and works in Scotland. Her work ranges from exploring communities and children’s worlds through to long-term documentation projects on social environment, opportunity and inequality.

Her work explores the intricacies and complexities of people’s lives with a particular emphasis on childhood and ideas of belonging. Her projects often span many decades, re-visiting people and places to observe changes in their environment and experiences.

Mitchell is the recipient of a number of awards including the Sony World Photography Awards and The Royal Photographic Society’s IPE160. Her work has been exhibited widely, including at Somerset House, London; Scottish National Portrait Gallery, Edinburgh; National Portrait Gallery, London; Street Level Photoworks, Glasgow and Getty Images Gallery London and her work is held in the collection of the National Galleries of Scotland.