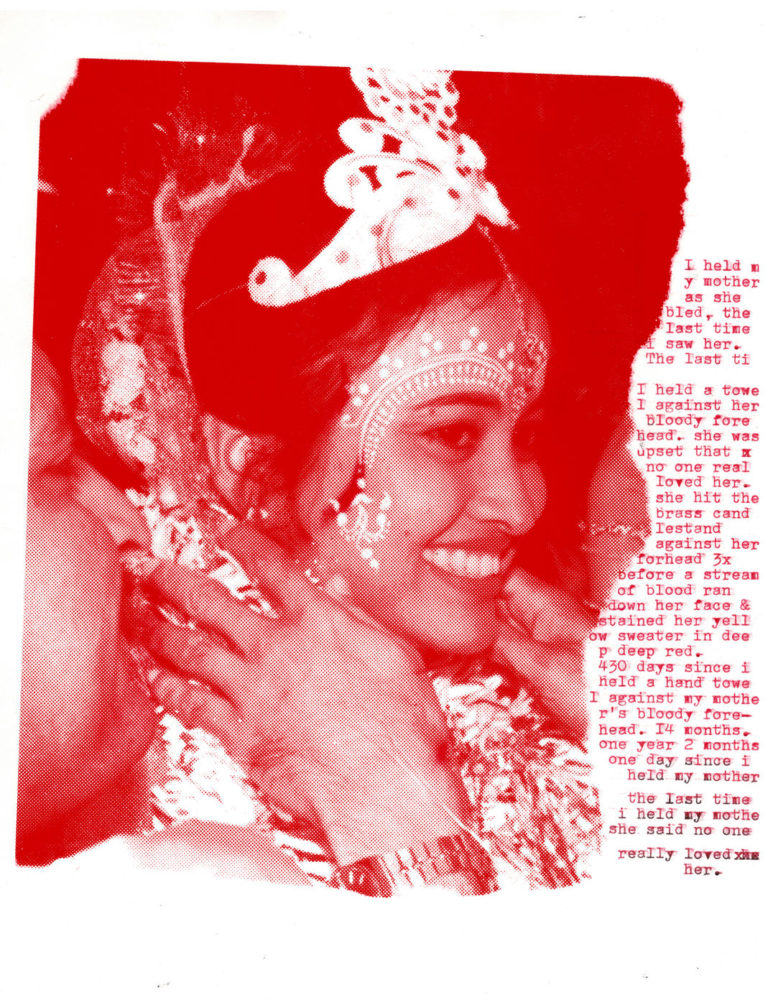 Ghorer Bairer Aalo is an exploration of Cheryl Mukherji’s origin and inheritance, which is centred on the figure of her mother. Using photography, text, video, printmaking, and embroidery the project deals with memory, mental illness, transgenerational trauma, and how they inform identity.

Family albums—a primary instrument of self-knowledge and representation—traditionally celebrate success, often leave out depictions of tragedy. Ghorer Bairer Aalo is a record of Mukerji’s last day at home before moving to America. The same day her mother was overcome by a manic episode, resulting in her self-harming in front of her daughter.

Mukherji uses the surveillance system as a medium to understand her role as a caregiver to her mother as well as a way to deal with her own homesickness while living in a new country. It became a tool for intimacy, longing and connecting to her family across the 8,500 miles that they are apart, subverting the oppressive nature of surveillance so often associated with remote cameras and silent monitoring.

Truth in familial narratives, that pass on from one generation to another, is filtered to fit the myth of a happy family. By using archival photographs alongside the surveillance screenshots Mukherji examines the role of family albums in shaping our notions of a family in patriarchy as complicated feminine histories remain unacknowledged in family trees and other written documents—alive only in oral recollections. 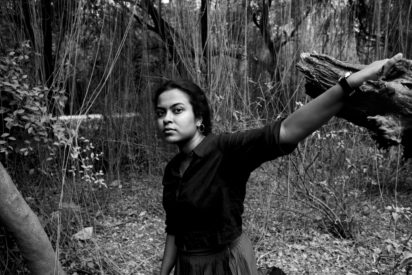