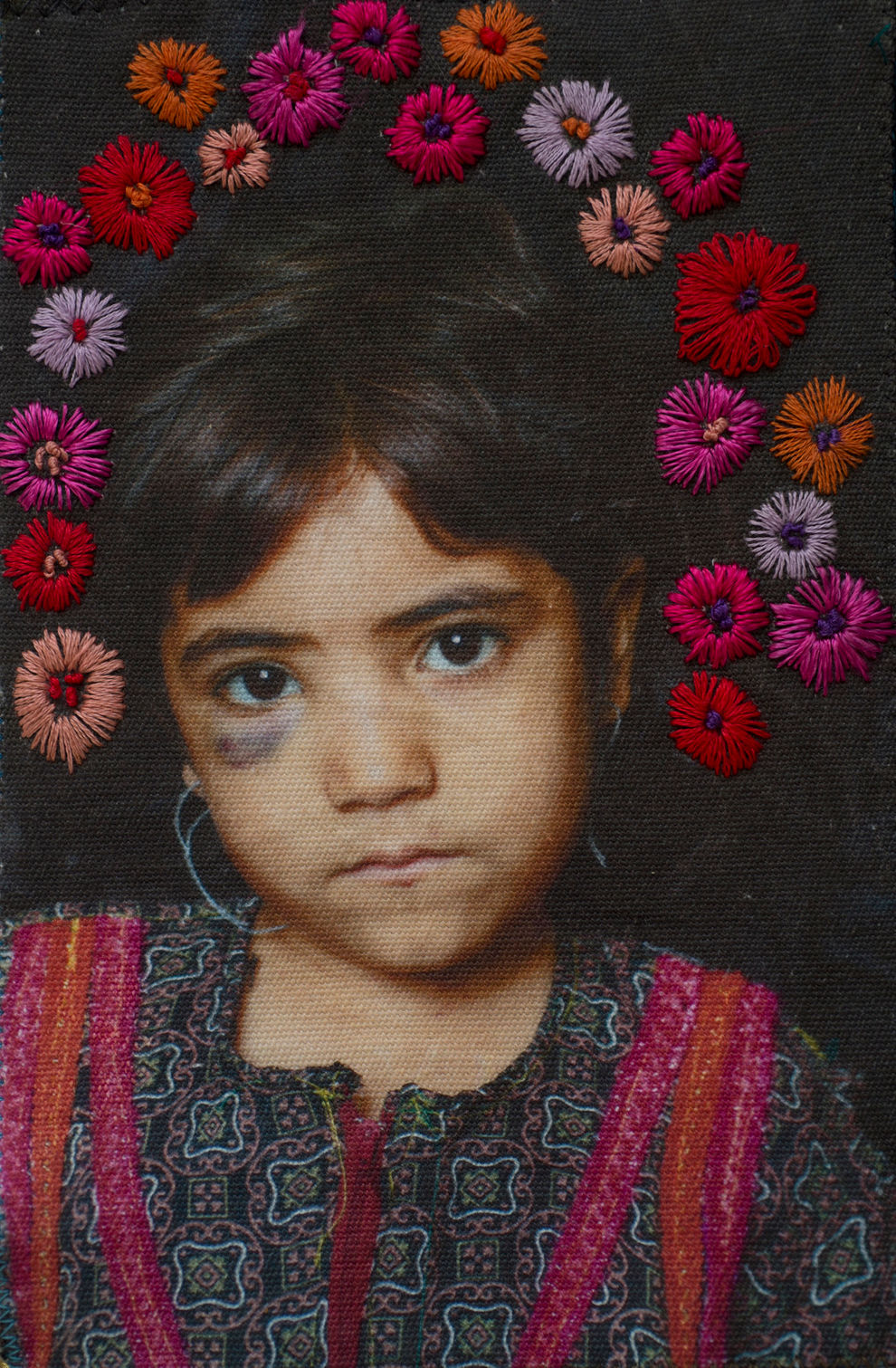 During the Covid19 lockdown Jenny Matthews has been making a series of patchworks entitled Seven Patchwork Hangings Concerning Woman and War.

The pandemic provided an opportunity to assess the work she has done over the last twenty years as a documentary photographer concerned with the effects of war on women’s lives globally.

Matthews edited photos from her archive and printed them onto A4 sheets of linen and sewed them together to make a series of patchworks, backed onto different textiles sourced from each country she had photographed in.

Each patchwork is a visual statement about women challenging attempts to control their lives during and after conflict. Making the series was a slow process, giving Matthews the opportunity to organise her memories, contemplate her experiences and take control of an unruly archive.

To date Matthews has finished seven patchworks in which the reality of living with and under control is ever present.

Palestine shows the controlling presence of the separation wall.

Afghanistan is largely made up of faces of women who have suffered as widows, victims of domestic abuse and child marriage; women living in a society that tightly controls what they can and can’t do.

Egypt is made up of images of birds flying home to roost over Tahir Square, a contrast to the freedom curtailed for those on the ground.

There are two quilts from Iraq. One is made up of photos of defaced images of Saddam Hussein: the ultimate controller. The other is comprised of images of Iraqis who suffered under him.

The seventh quilt is made from images from Rwanda. It includes some from the 1994 genocide; an attempt to control an ethnic group. It also features four embroidered faces of women who survived the genocide and have taken control of their lives. 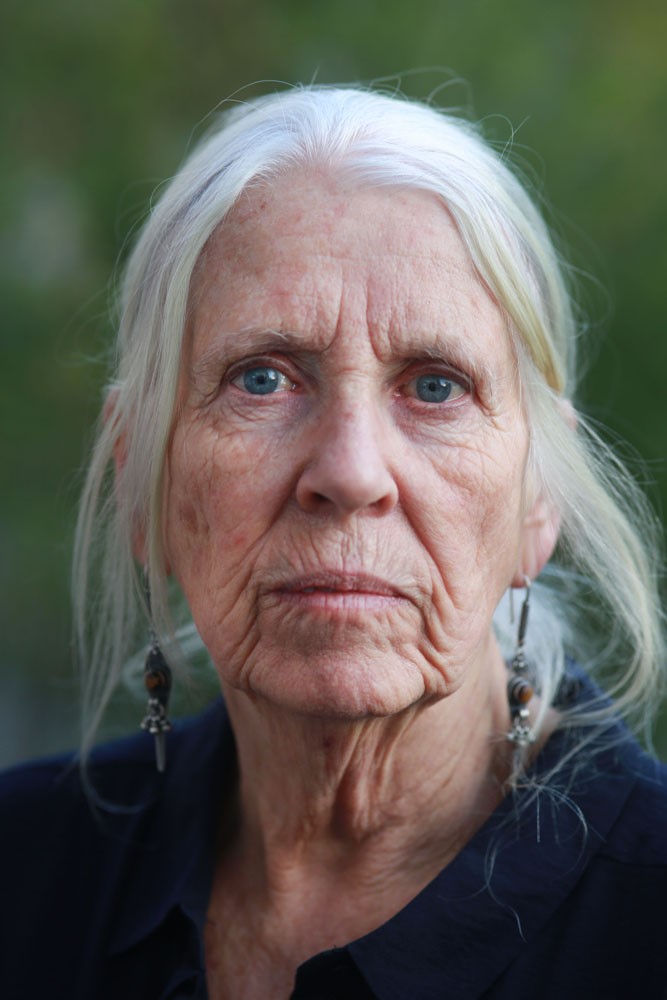