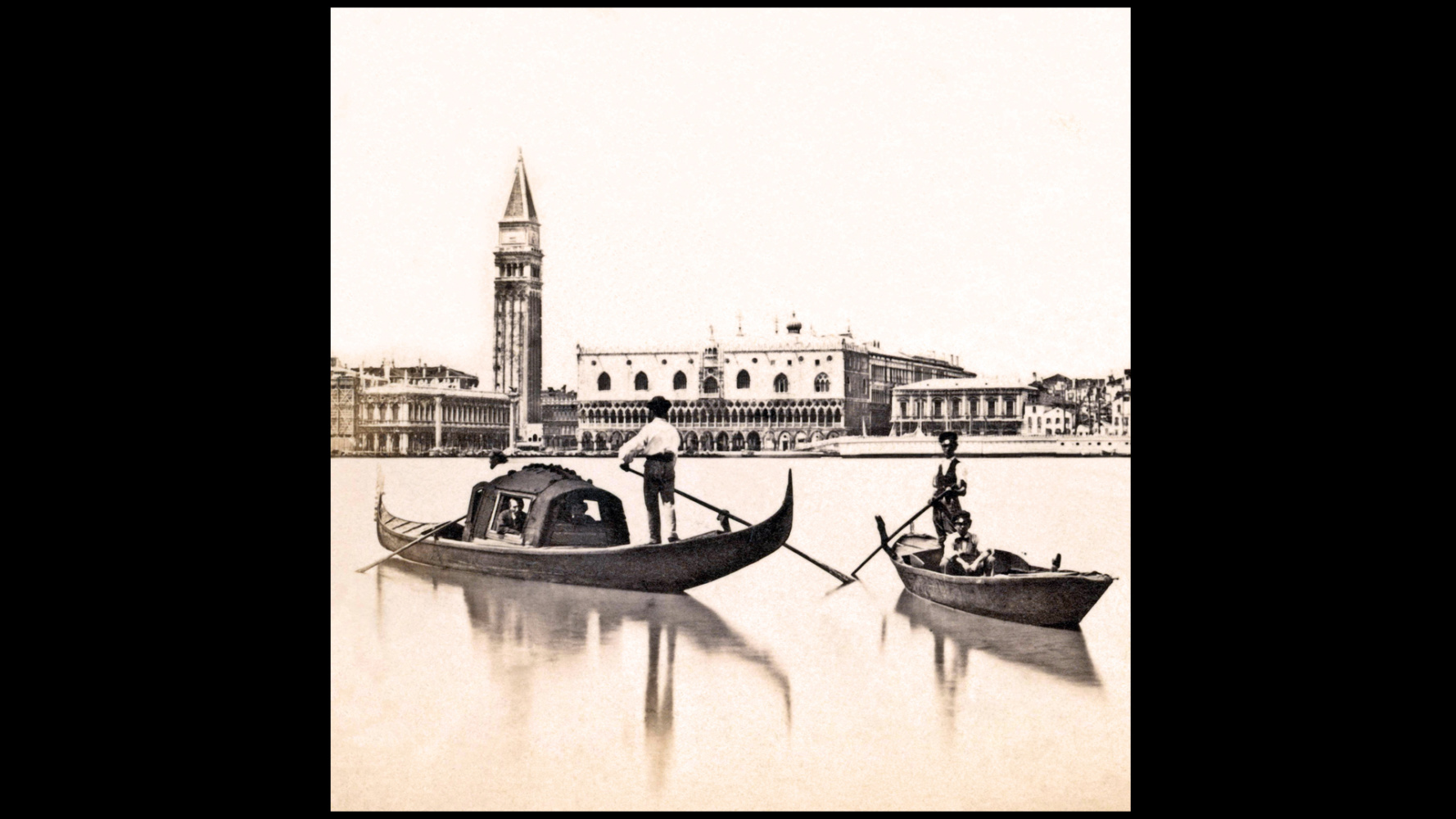 At a time when there was no television, no cinema, no phone and no internet, there was the stereoscope.

This optical instrument, invented by Charles Wheatstone in 1832 to demonstrate some hitherto unobserved phenomena of binocular vision and later modified by David Brewster, was not really introduced in Britain until the Great Exhibition of 1851. Less than a decade later, however, it was in every middle class parlour.

The stereoscope opened the world to the Victorians who, so far, had only seen it through inaccurate woodcuts in illustrated magazines. Without leaving their fireside and the comfort of their home they could discover in glorious 3-D Paris, Italy, Switzerland, and by 1859, the United States, Japan and China.

The magic carpet of our ancestors is now also a powerful and wonderful time machine. Thanks to it we can stand face to face with Queen Victoria, Charles Dickens, Isambard Kingdom Brunel or Lola Montez; be guests in the charmed circle of the Victorian home and, in short, better understand a bygone way of life, and appreciate, over a century after they have disappeared, what fascinated our ancestors and what made them tick or laugh.

Using mostly photographs from Dr. Brian May’s extensive collection photo historian Denis Pellerin takes us on board the stereoscopic magic carpet for a trip back in time when Queen Victoria ruled over an Empire on which thesun
never set.

Denis Pellerin is a self-taught photo-historian with an MA in Art history from the Sorbonne and, most importantly, a very strong passion for nineteenth century stereo photography.

Pellerin has been researching and learning about the history of stereo photography for over 40 years and has written multiple articles and books on the subject, both in French and in English. During his thirtieth year as a secondary school teacher, Pellerin had the good fortune to meet and work with Dr. Brian May before being hired by the latter as the curator of his extensive photographic collection (over 100,000 stereo photographs).

Pellerin’s mission is to make the collection alive and it is safe to say that it is most probably the most researched, most advertised, most lectured on, and most written about collection of stereoscopic images in Europe, if not in the world.

Brian May and Denis have co-authored three books together; Diableries: Stereoscopic Adventures in Hell, 2013, The Poor Man’s Picture Gallery, 2014, Crinoline: Fashion’s Most Magnificent Disaster, 2016 and are currently working on a couple more publications while being also deeply involved in the various activities of The London Stereoscopic Society, re-created by Brian May in 2008.

Since September 2015 Pellerin has been the director of the said company whose original motto, “No home without a stereoscope”, is more than ever valid.

Revenge of the Creature (PG) – In Retro 3D! will be screened to compliment Pellerin’s talk on Stereoscope, book your ticket for this retro 3D experience with the follow up to the classic Creature From the Black Lagoon.