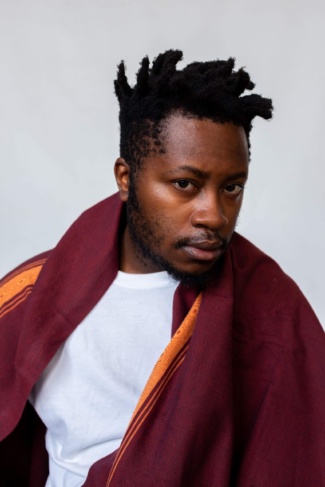 Anthony Bila (South Africa) is a multidisciplinary artist whose upbringing in the township of Tembisa, has informed his outlook on the world.
After receiving a Media Studies Diploma from the University of Johannesburg he went into advertising as a copywriter and creative director before ultimately leaving the industry to purse a freelance career as a visual artist, film director and creative consultant.

His focus and work are in narratives deeply tied to family, identity, race and religion and the experiences of people of colour. Bila’s work also crosses over into the surreal, portrait, fashion and documentary photography, refusing to be boxed into a genre.

Bila is interested in how we communicate without speaking and choose to express ourselves in our appearance. Our clothes form the canvas that speaks before we do and has the power to subvert, challenge and resist the status quo or comply, acquiesce and submit to it.

In his most recent project, Izithyilelo Zika Ndzimande (Revelations of the Children of God), this idea is unpacked as it relates to the fervent religious upbringing many young South Africans have had and how that religiosity now conflicts with how they have chosen to self identify and express themselves.

The artist currently lives and works in Johannesburg, South Africa. 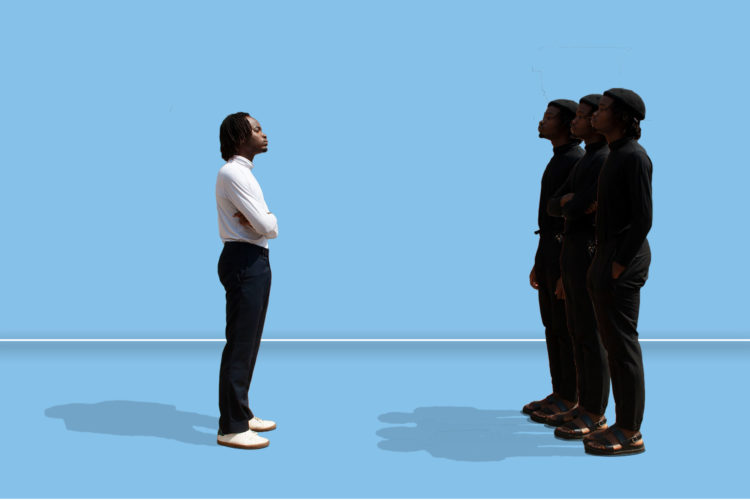