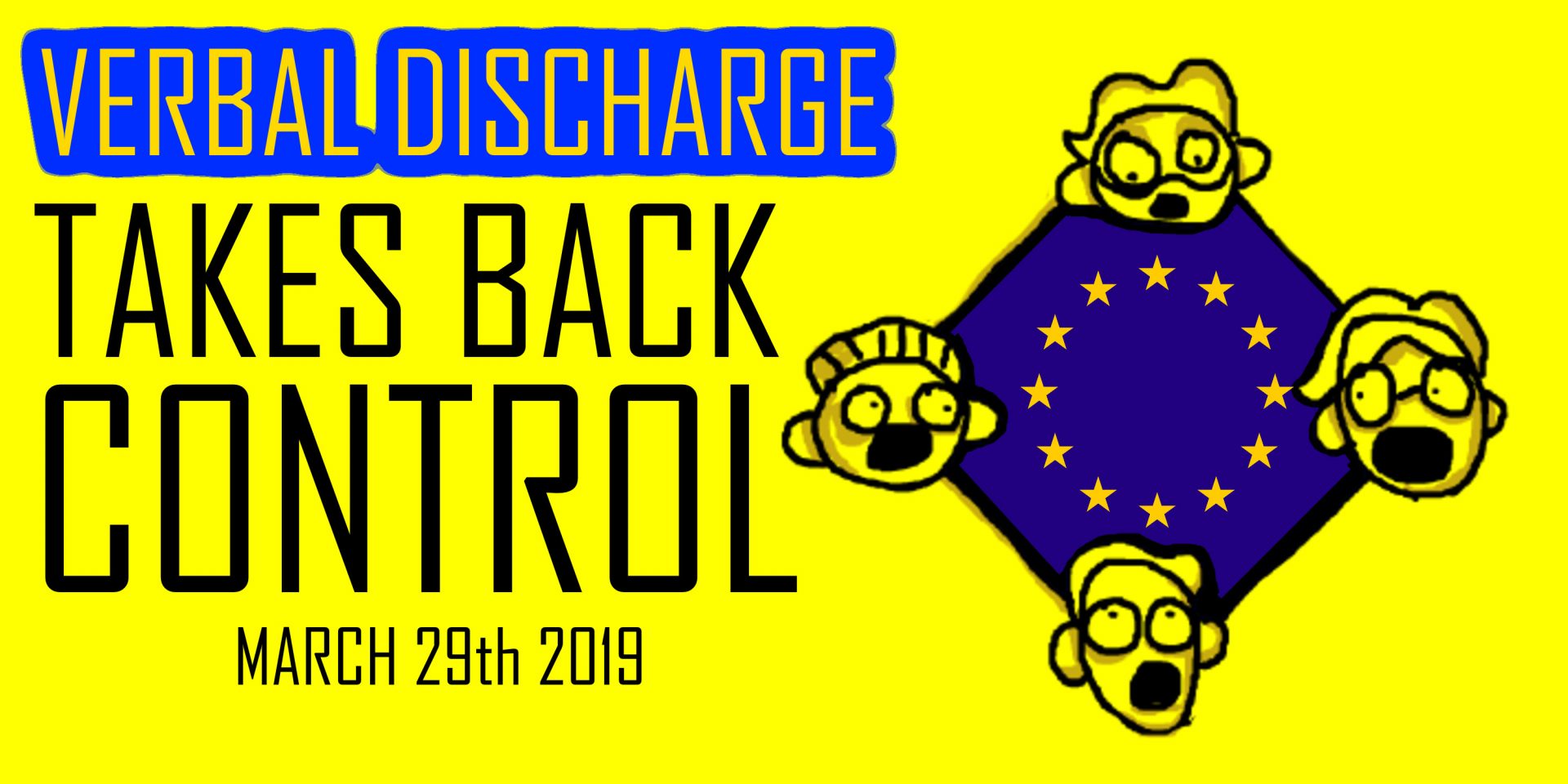 Award-winning Derby comedy ensemble Verbal Discharge return to the stage to celebrate the hellish fever dream that is the UK’s departure from the European Union.

Join the reuniting quartet on Brexit Eve, as they take a light-hearted look at the last two years of political turmoil, national dread and Nigel Farage, in the hope of answering Britain’s hottest political question: What the hell is Brexit, and what does it mean?

With hard-hitting features, a Brexit-themed role-playing game and probably some angry shouting, what better way to see in the potential European apocalypse?