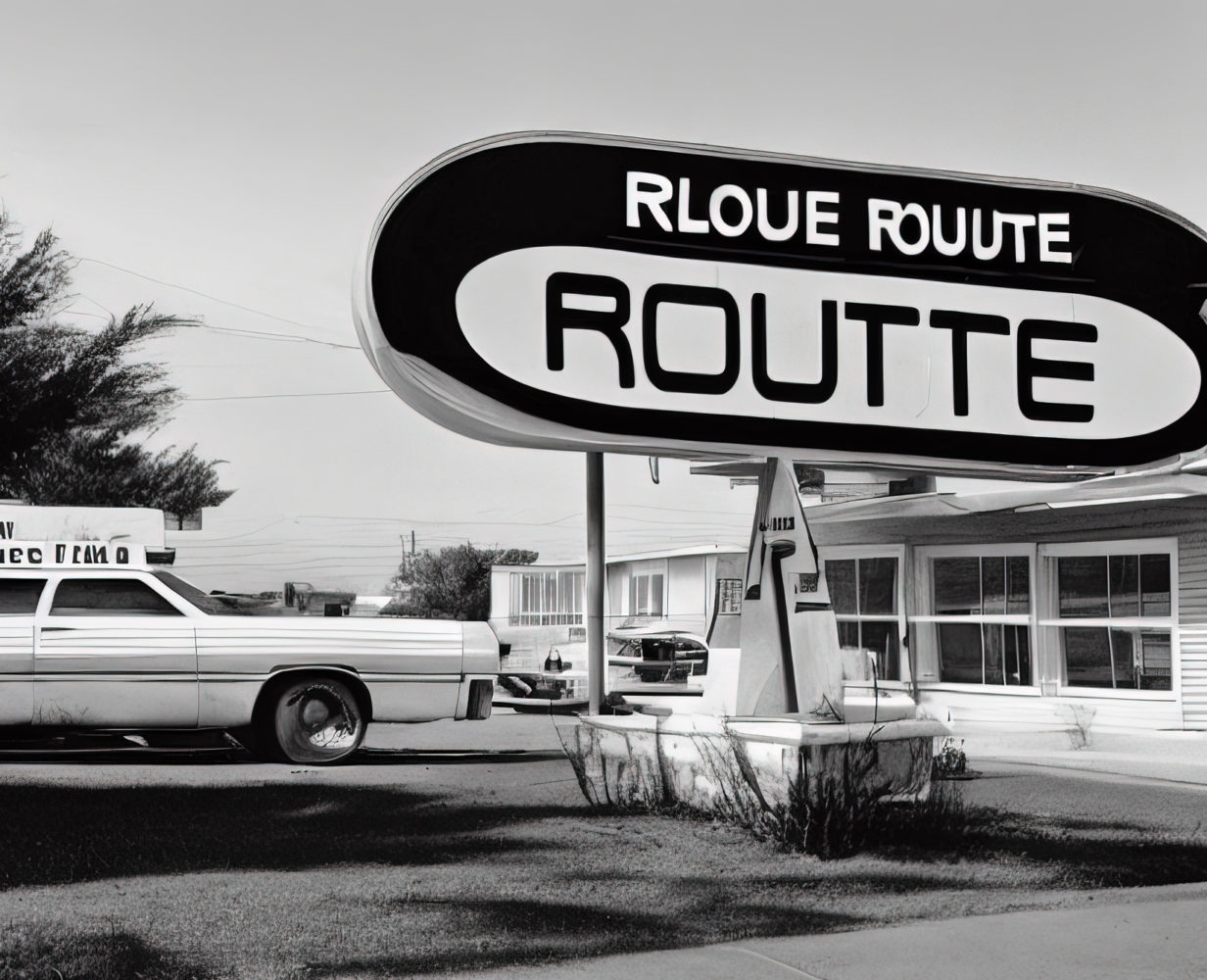 From the series Route 66 Motels [3] (Possibly) After JOHN SCHOTT

Peering out from a vantage point at the edgelands of Baudrillard’s ‘desert of the real’, familiar, yet foreign lands take form and come into view. Journeying into this metaphysical world as part of a contemporary topographical study, all the images in this experimental survey were created using a beta version of an artificial intelligence (AI) text-to-image generator. The AI was prompted by inputting the titles of the photographs featured in the original 1975 catalogue from the seminal exhibition ‘New Topographics: Photographs of a Man-Altered Landscape’. Curated by William Jenkins and featuring photographs by Robert Adams, Lewis Baltz, Bernd and Hilla Becher, Joe Deal, Frank Gohlke, Nicholas Nixon, John Schott, Stephen Shore and Henry Wessel, Jr., the groundbreaking exhibition surveyed the vernacular landscape and the highly influential documentary approaches employed in its photographic rendering.

Presently, most commercially available AI image generators are trained on vast data sets of images, some of which include broad scrapes of innumerable images published on the internet. These scrapes possibly include the online digital archives and/or digitised reproductions of all the photographers featured in the original exhibition, as well as the myriad photographs they inspired (though as a typical end-user of AI there is no discernible way of knowing the exact content the model was trained on).

‘New Topographies: Images of an Algorithmic Landscape’ explores this rapidly evolving digital realm. Like most emerging technologies, the view of the horizon it currently affords is not yet fully discernible. However, as AI algorithms invariably improve and become more mainstream in their adoption, many ethical concerns are likely to become apparent (with issues around sustainability, authorship and copyright, creative enterprise and artistic merit, as well as the impact of AI produced deepfake imagery already starting to loom large). In the meantime, a growing number of users are utilising these developing tools and beginning the process of exploring and mapping-out this new, unchartered terrain. 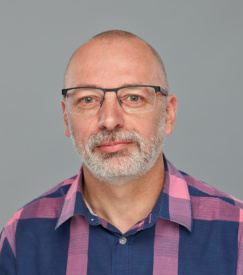