Simon Roberts’ The Brexit Lexicon is a two-part video work, creating a compendium of the most common terms that have shaped the discussions of Brexit in both politics and the media during Britain’s exit from the Europe Union.

The video was shot in a real news studio, with a professional news reader, yet the event is orchestrated as a stage-set. This artifice is key to how Roberts wished to explore the way in which Brexit was reported. It asks questions about the function of mass media, the relationship between politics, media and truth, and explores how language has been wielded in the process of campaigning and reporting.

To make the lexicon, Roberts undertook a type of ‘fieldwork’, collating newsprint from British media organisations, newspapers, campaign websites, Facebook pages and official documents issued by the British government and European Union. Over the course of two years, he gathered notable headlines and terminology that has been used to describe the Brexit progress that together form a database containing nearly five thousand individual words.

The Brexit Lexicon is part of the group presentation The Brexit Shop curated by Peter Bonnell. 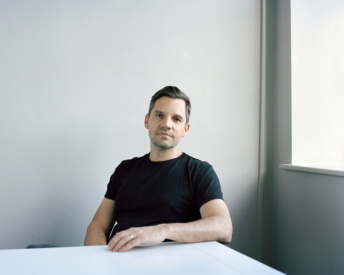