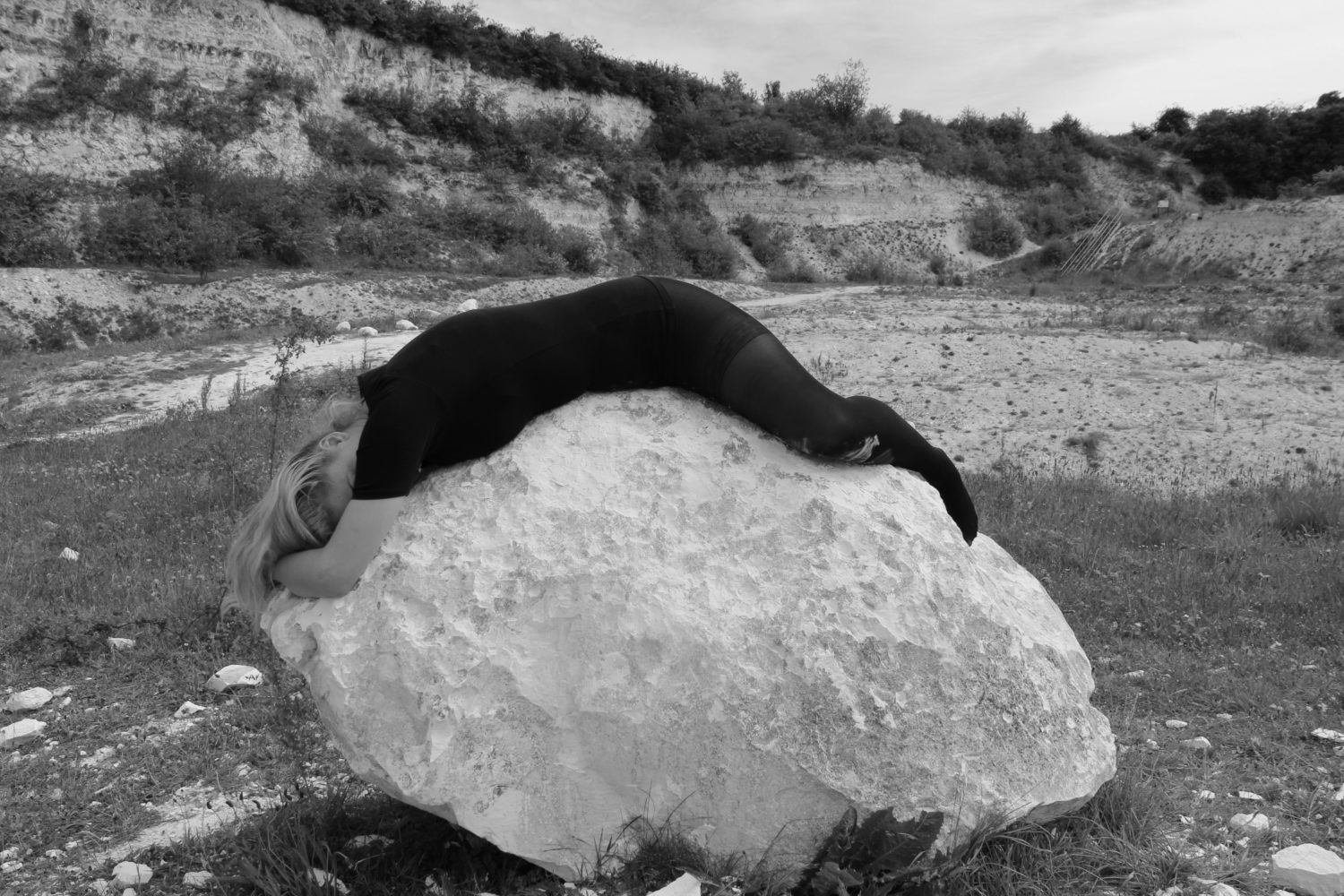 Photo by Kelly and Jones 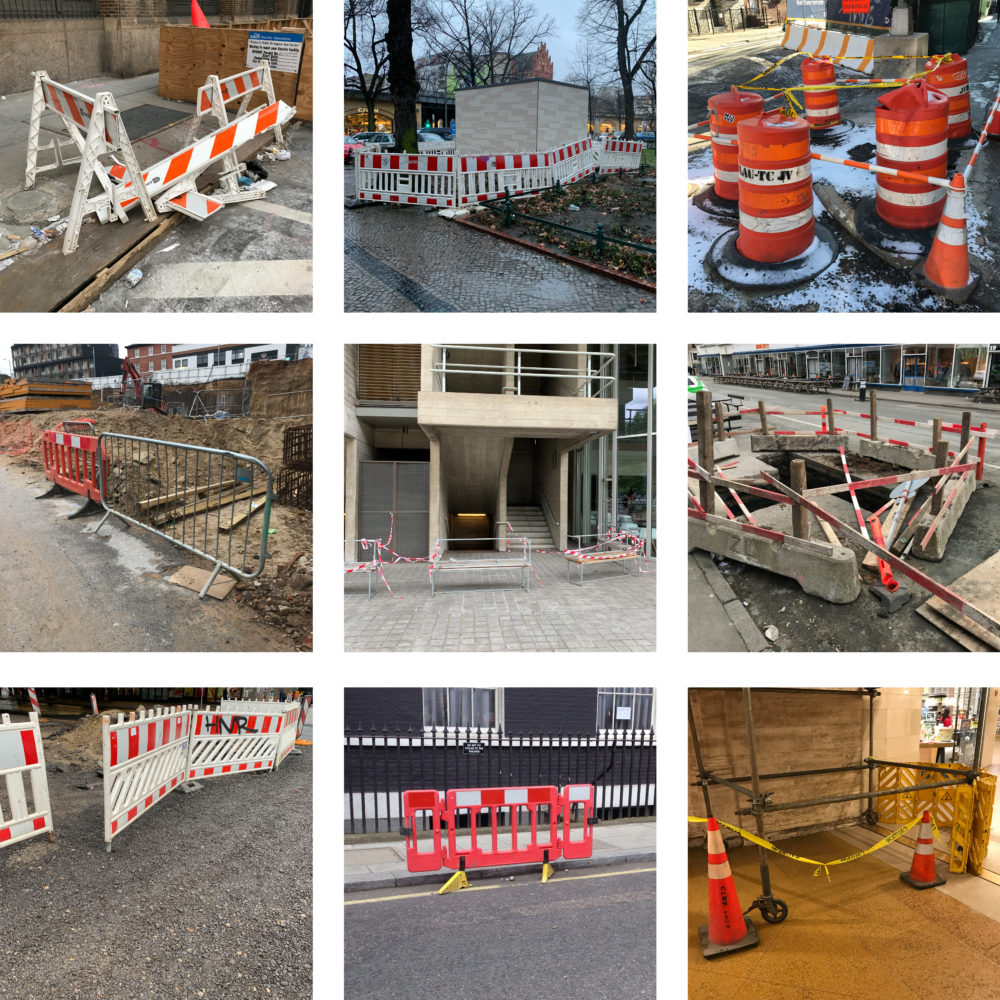 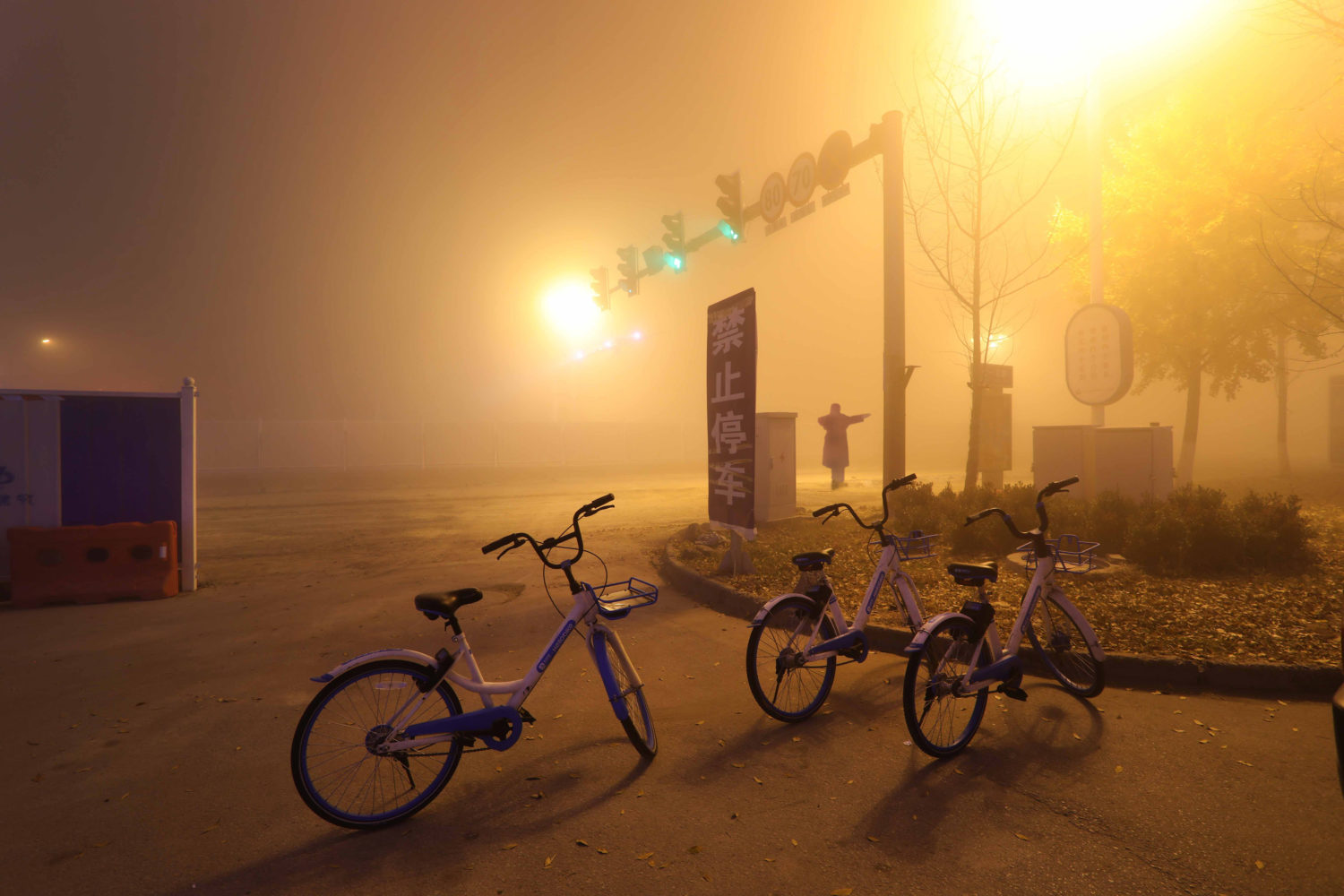 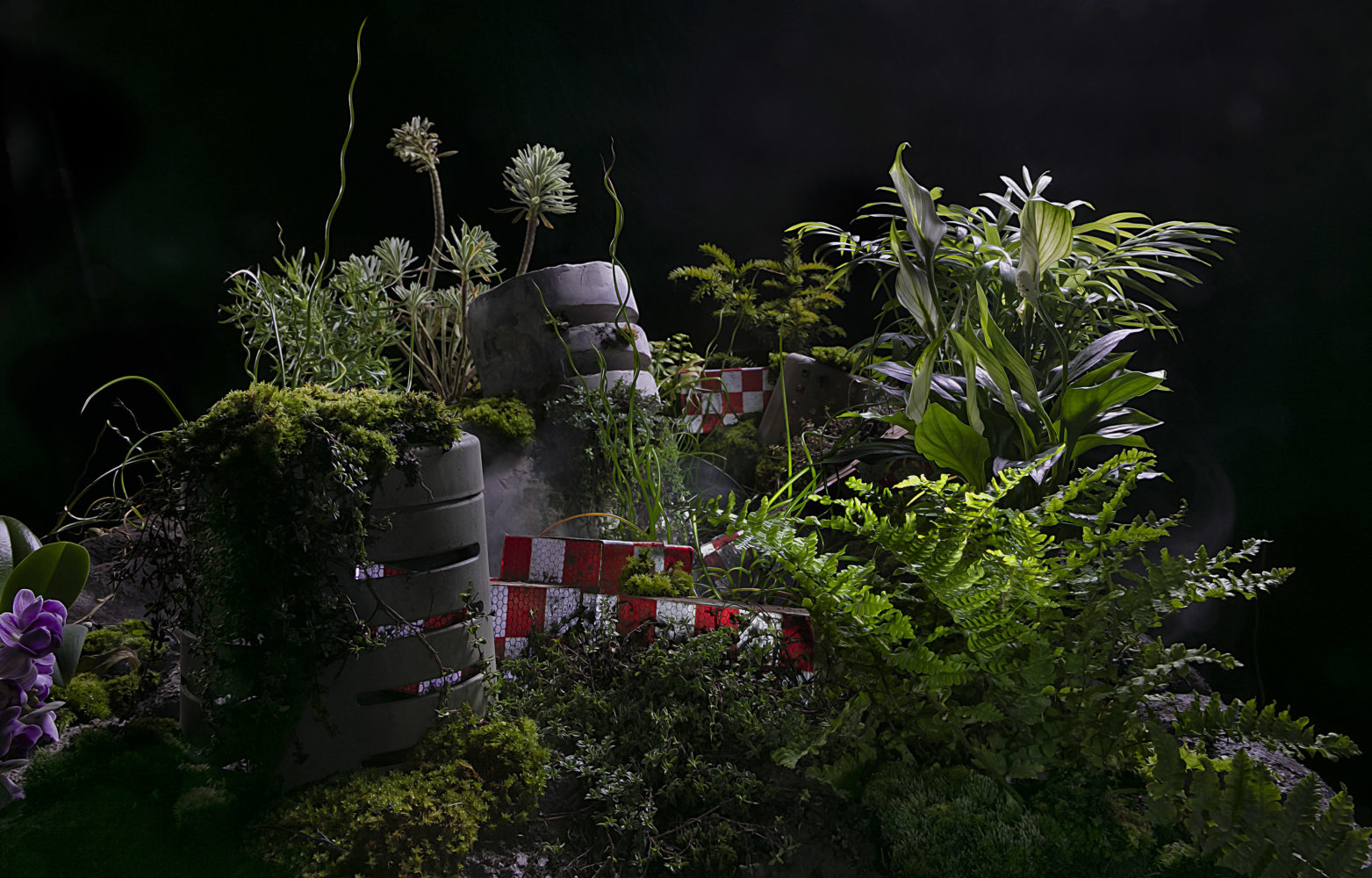 Photo by Rushton and Mallinson 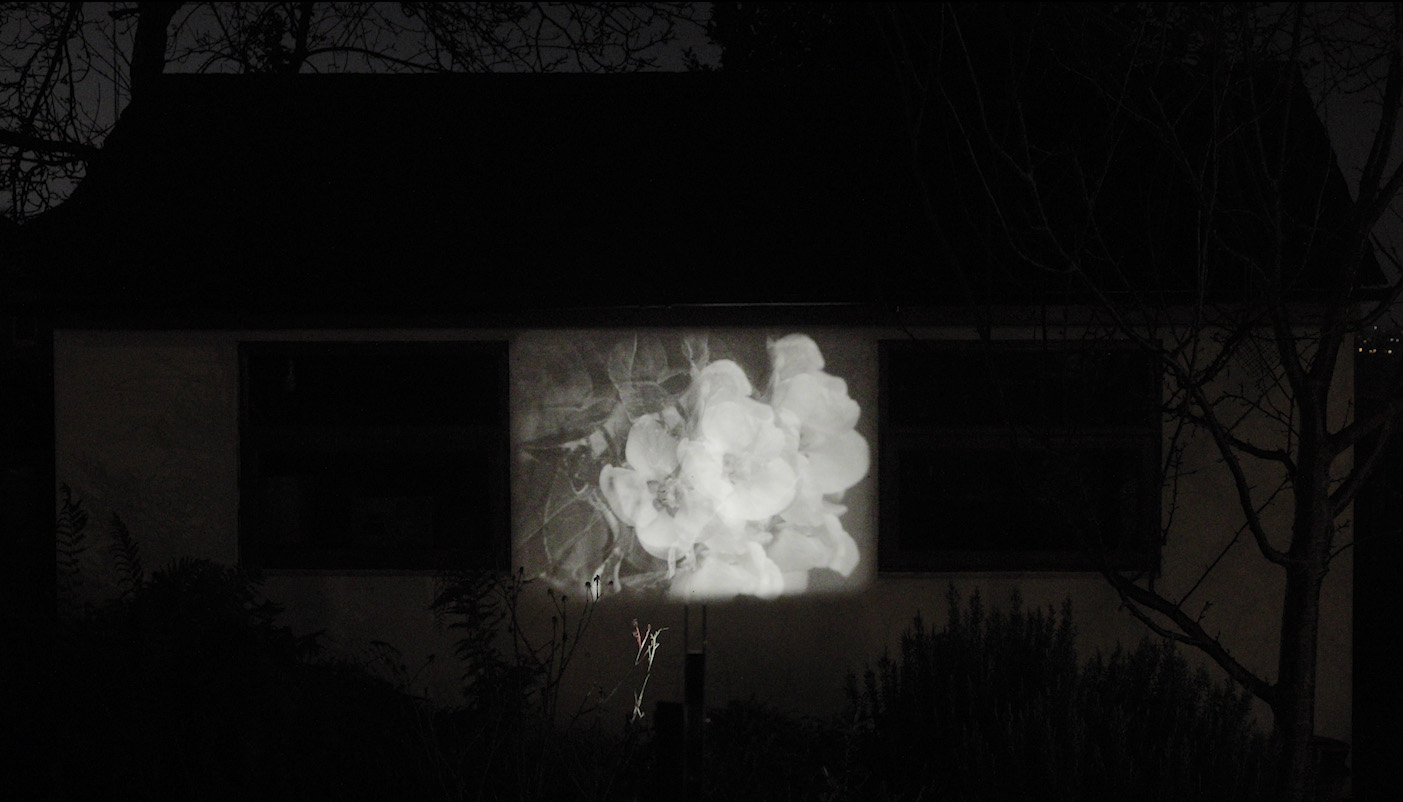 The Digital and Material Artistic Research Centre at the University of Derby is the academic research centre for the School of Arts and is home to artistic research disseminated as practice, exhibition and published text from the disciplines of Performing Arts, Music, Media, Art and Design.

The focus for DMARC is to increase understanding of the shifting boundaries and new relationships within artistic research practice and theory. Amongst others, DMARC researchers explore the potential of hybrid forms made possible by digitalisation, traditional art disciplines, collaboration and interdisciplinarity.

You Listen: You Repeat: You Understand by Stephanie Rushton and Mally Mallinson

The collaborative project fuses the sculptural with the photographic in a series of work that explores critical discourses in Posthuman study challenging established paradigms of human supremacy.

The project includes bunker-like constructions reminiscent of modernist architecture, based on fire control towers of the Atlantic Wall; a recurring motif in the series symbolising increasing levels of border control occurring both nationally in the post Brexit landscape and beyond. The still life landscape images depict humankind’s attempt to control nature and nature’s retaliation as a recurring Sisyphean nightmare.

The landscapes are intersected by a memento mori text piece referencing the paintings of Christopher Wool and the Agitprop/Antifascist works of John Heartfield and Peter Kennard.

This work was initiated towards the end of February 2020, when the impact of COVID19 was making itself felt across the world. A clockwork cine camera was trained on a single bud on an old apple tree in Harris’s garden. Filming ended when the ovary heads unexpectedly dropped in May. A combination of continuous filming is interspersed with stopped frames to disrupt the conventionally smooth representation of the flow of time and impose a sense of trauma to the natural process.

The edited footage was subsequently projected and digitally filmed in his garden during the second period of lockdown in the UK, at the start of 2021.

The collaboration between Rhiannon Jones and Traci Kelly explores the cultural inflections of writing, including the materiality of writing and the politics of writing a subject into being. They position themselves as active agents within inter-related geographical and cultural sites that cohere around the scene of writing.

They approach writing as a lived encounter and a locus of resistance with gestures that comment on and undercut the production of text. Attention is paid to the physical qualities of the artefacts that they produce, the scroll of the photographic image, the grain of the projected gesture, the dustings and fraying edges of material.

Xiong’an – ‘Advocacy of Perfection – Endeavour for Distinction’ by Huw Davies

These photographs are part of a series reflecting on the transformation of that urban landscape coupled with the simultaneous reclaiming of the surrounding rural spaces as cultural and leisure playgrounds. Reflecting the ethos of the Xiong’an project and underlying all of this work, are references to a society that is very much contained and controlled. Always in the background but nevertheless ever present – an aspect which permeates every part of Chinese social order.

This is an experimental performance project made during an international residency with Rogers Art Loft, Las Vegas, providing a freephone telephone service to the American public during the last 12 hours of voting in the 2020 USA Presidential Election.

A team of operators were recruited and trained by the artist to provide wisdoms to every caller on November 3rd by responding to their political opinions, thoughts and feelings. Operators utilised the words and phrases from some of America’s most powerful historic speeches. The extracted verbiage from their original contexts were creatively woven into conversational dialogue for use in the telephone exchange.

DREAM OPERATOR’s purpose was to present its callers with time tested affirmations to contrast the contemporary culture of misinformation and divisive rhetoric.

The service was advertised to the American public across national social media and featured on multiple billboards in the US. DREAM OPERATOR received hundreds of calls, a sample of which is represented within the video work.

Ineffectual Barriers, (2015 – 2020) is an ongoing series of photographs that document and capture chance encounters with temporary structures/barriers that don’t seem to have the desired effect or in fact to be doing a very good job. Ordinarily, barriers are employed to control flow, preventing people from moving easily from one area to another, usually in an effort to keep them safe, away from danger. The images enable us to revel in the beauty of uselessness. 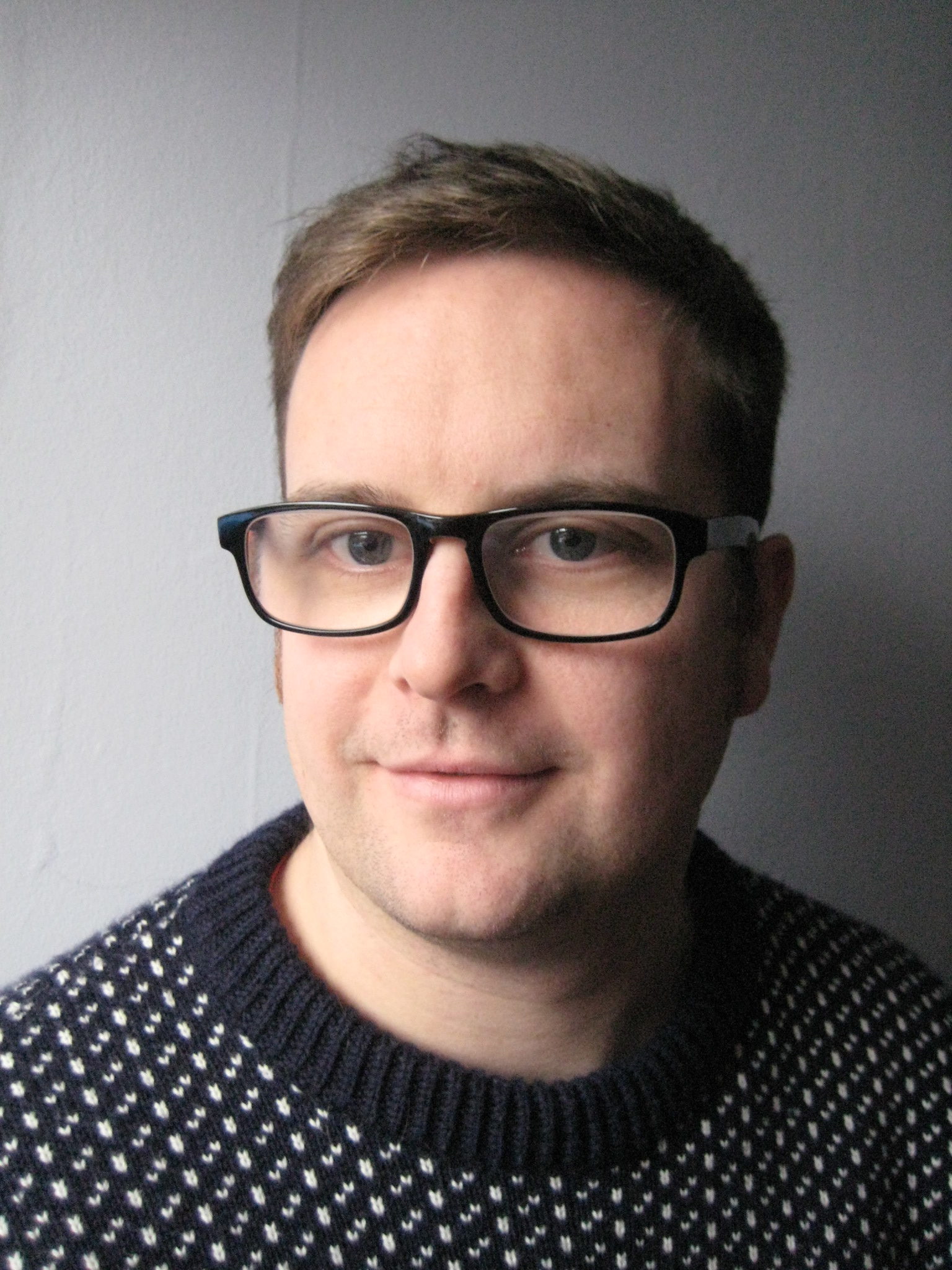 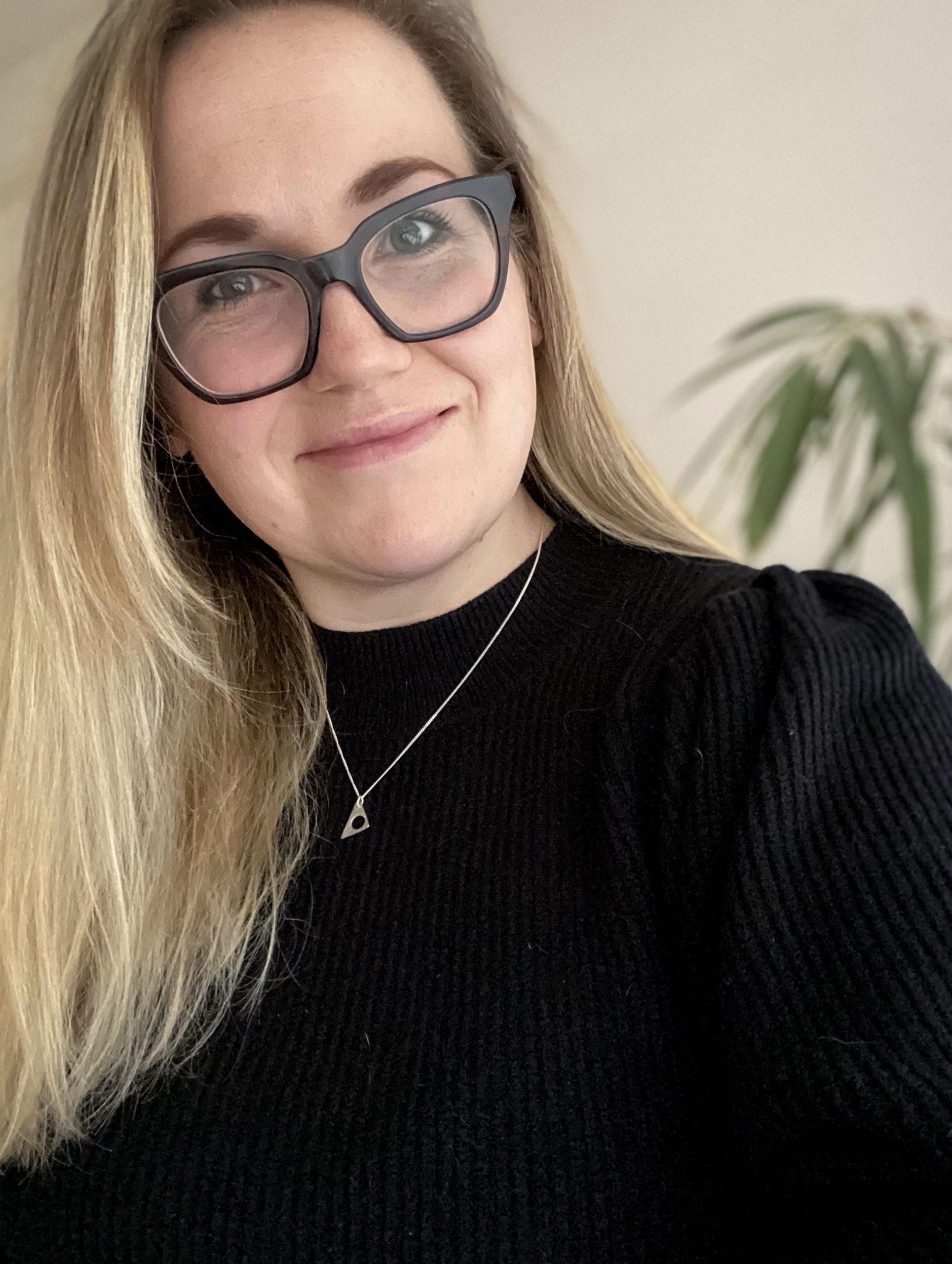 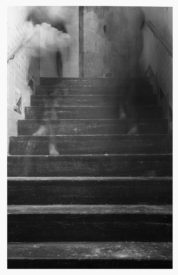 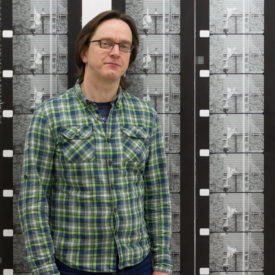