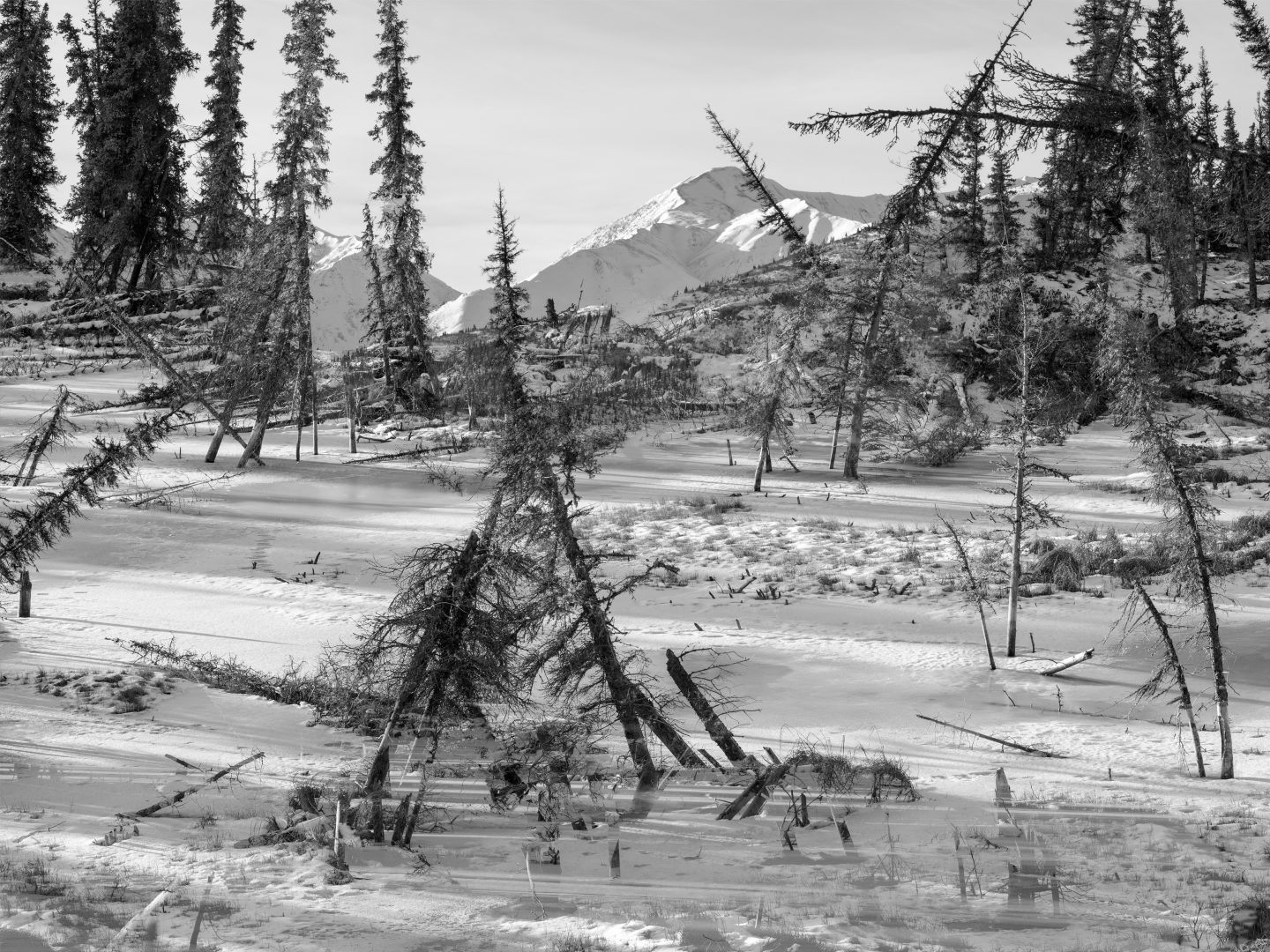 Memories of the Future by Benedikt Partenheimer.

Memories of the Future

Memories of the Future

Benedikt Partenheimer’s project Memories of the Future deals with various aspects of anthropogenic climate change and the resulting changes in the Alaskan landscape. Alaska is highly dependent on fossil fuels, especially on oil, and at the same time Alaska is one of the frontiers of global warming. The state has warmed more than twice as fast as the rest of the United States, causing the once permanently frozen subsoil to slowly thaw.

Permafrost thaw is leading to “drunken trees” as the firm soil slowly transforms into mud causing the plants that grow in them to collapse. The images of drunken trees reveal an ecosystem which is becoming increasingly unstable. Additionally, Partenheimer confronts us with images of burning methane. Methane gas has been stored inside the permafrost for thousands of years but is now being released into the atmosphere, further accelerating the greenhouse effect.