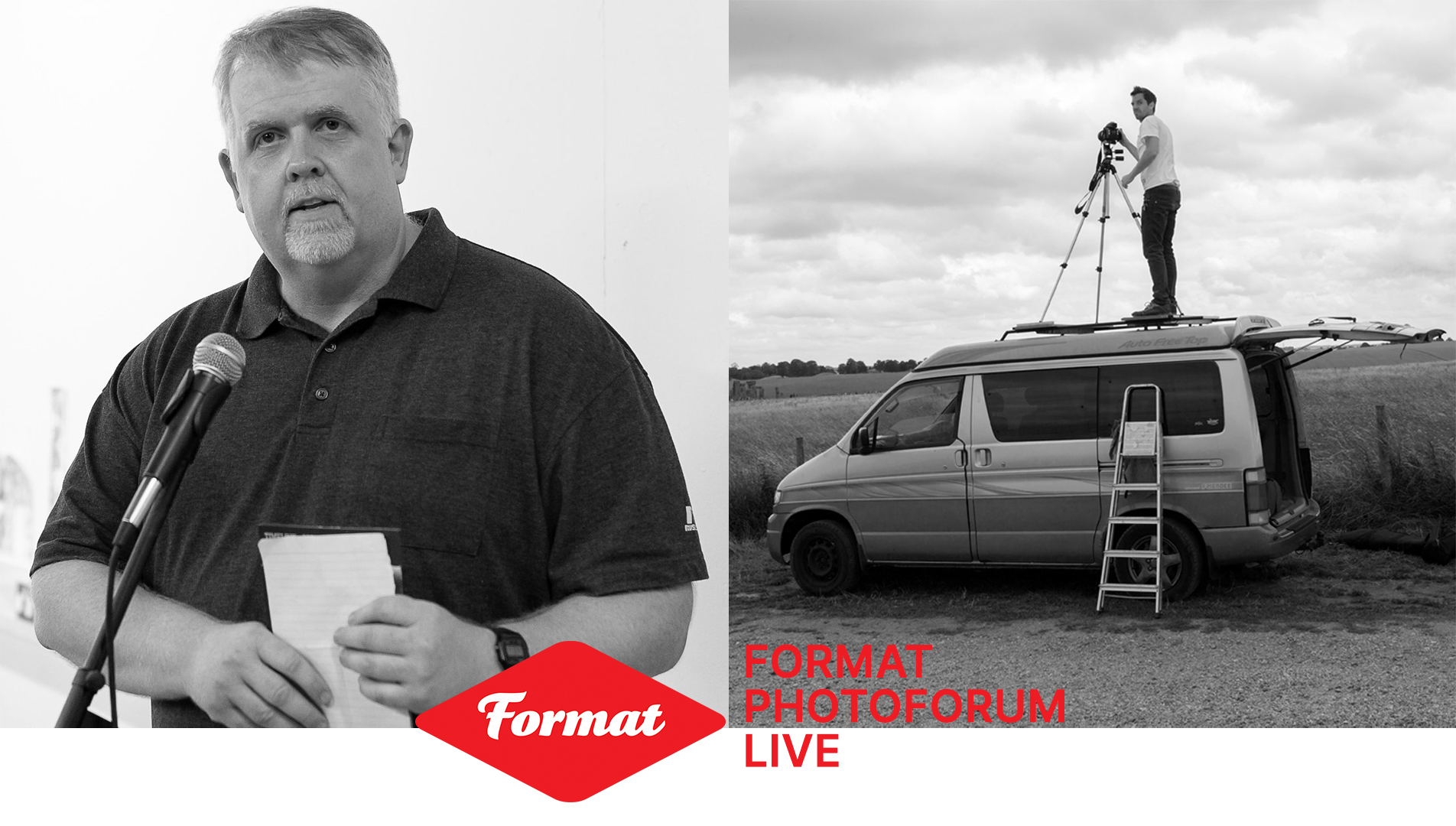 Simon will discuss his timely work The Brexit Lexicon shown at FORMAT19. Simon will also delve into other aspects of his work and career, including Merrie Albion – the culmination of a decade-long series of projects uncovering modern-day Britain, described by David Chandler as, “a pictorial chronicle of our times.”

Simon Roberts is a British photographer known for creating wide-ranging surveys of our time, which examine contemporary economic, cultural and political landscapes.

His work has been exhibited widely with solo shows at the National Media Museum in Bradford (UK), the Museo d’Arte Contemporanea di Roma (Italy), and the Multimedia Art Museum in Moscow (Russia).

Recent group exhibitions include Civilization: The Way We Live Now at the National Museum of Modern and Contemporary Art in Seoul (South Korea); and Unfamiliar Familiarities: Outside Views on Switzerland, at Musée de l’Elysée in Lausanne (Switzerland).

His photographs reside in major public and private collections, including the George Eastman Museum, the Art Collection Deutsche Börse, and the V&A. In 2010 he was commissioned as the official British Election Artist by the House of Commons Works of Art Committee to produce a record of the General Election on behalf of the UK Parliamentary Art Collection.

Peter Bonnell is a Senior Curator based at QUAD in Derby, and also for FORMAT International Photography Festival. He has been a professional curator for 16 years, having previously been a visual artist exhibiting work in the UK, across Europe and in the US. He recently revived his own practice as an artist, producing digital collages and short experimental film works.

Bonnell has led on a range of projects at QUAD including the mass participation film work Derby Soap Opera with the artist and filmmaker Marinella Senatore and involving almost 15,000 Derby Residents; group exhibitions Illuminated; The Pride and the Passion: Contemporary Art, Football and The Derby County Collection and the AI/ robot themed exhibition Our Friends Electric.

He has also curated/organised solo shows at QUAD including projects by Lindsay Seers; Benedict Drew; Susan Pui San Lok; Susan MacWilliam, and Joey Holder. Bonnell has managed and curated a number of digitally focused projects at QUAD – including the immersive AR gallery-based game-experience Glitched: Quest for the Lost MacGuffin; the interactive installation What a Loving and Beautiful World by Japanese digital art collective teamLab; the digital installation Line Segment Space by Korean based Kimchi and Chips, and most recently a new VR commission by the American artist and digital art pioneer Rebecca Allen.

In addition, he co-curated along with ArtSway Director Mark Segal the New Forest Pavilion at the 2011 Venice Biennales.